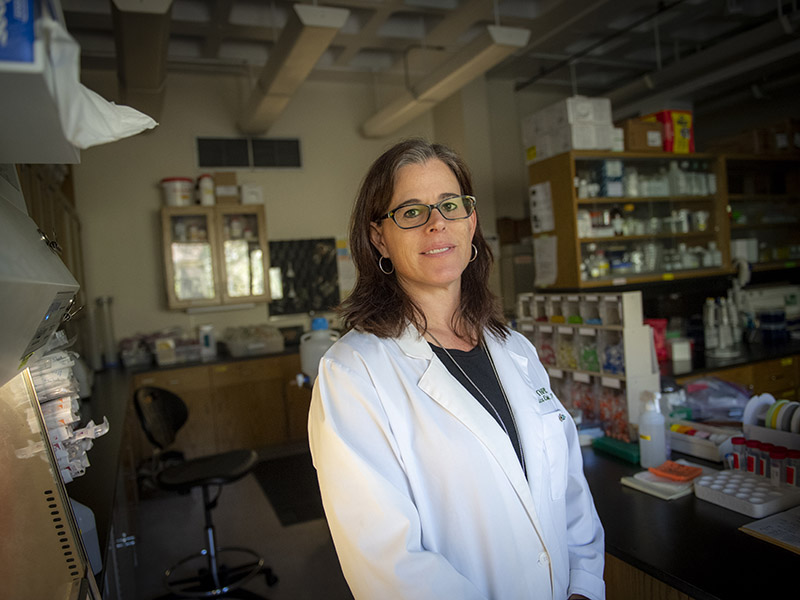 Key infectious disease researchers at Tulane University, Duke University and North Carolina State University will collaborate on an initiative to develop a treatment for bartonelloses, a spectrum of vector-borne diseases that can cause debilitating symptoms. The four-year, $4.8 million initiative funded by The Steven & Alexandra Cohen Foundation, will establish the Bartonella Research Consortium to develop a novel treatment for bartonelloses.

Bartonella are zoonotic, stealth bacterial pathogens that were not known to infect animals or humans prior to the HIV epidemic when immunocompromised patients began showing symptoms of bartonelloses. Bartonelloses are often self-limiting diseases that can be cleared by the immune systems of healthy individuals. In immunocompromised individuals or as co-infections, they can cause severe neuropsychiatric, cardiovascular, and rheumatological symptoms. Cats and fleas often harbor the pathogen, which increases the likelihood of transmission to humans.

The principal investigators of the consortium support a collaborative approach to the study of complex, poorly understood infectious diseases. By working together to prevent and treat Bartonella infections, they will provide patient-relevant solutions that improve both animal and human health. Targeted antimicrobial strategies to eliminate long-standing Bartonella infections will dramatically improve patient outcomes.

Bartonella symptoms overlap with those of other vector borne organisms such as Borrelia burgdorferi, the bacteria that causes Lyme disease. In some instances, patients have been infected with both Bartonella and Borrelia burgdorferi infections, which can cause an exacerbation of symptoms. As often seen in Lyme disease patients, a subset of people with bartonelloses develop chronic symptoms despite prior antibiotic therapy. Treatment failures have been documented with both infections, thus the need for drugs that specifically target and eliminate these bacteria.
Associate Professor Monica Embers, a microbiologist and immunologist at the Tulane National Primate Research Center, focuses on the persistence of tick-borne infectious disease despite antibiotic therapy and will bring her expertise to the consortium.

“There are a lot of similarities between Bartonella and Borrelia infections, both of which are notoriously difficult to detect and treat. Developing targeted treatments has the potential to alleviate a lot of suffering, both in the human and pet populations,” said Embers.

There are over 40 known Bartonella species or subspecies and at least 17 have been associated with a spectrum of disease symptoms. Although Bartonella remain neglected in human and veterinary medicine, more recent evidence supports an important role for these bacteria in a variety of diseases.

Funding for this research initiative combines the strengths of research laboratories located at Duke University, North Carolina State University and Tulane University. Principal investigators include Drs. Edward B. Breitschwerdt, Monica E. Embers, Timothy A Haystead and Ricardo G. Maggi. During the next four years, these established investigators and their highly skilled research teams will develop a novel drug for the treatment of bartonelloses.

About the Steven & Alexandra Cohen Foundation

The Steven & Alexandra Cohen Foundation is committed to inspiring philanthropy and community service by creating awareness, offering guidance, and leading by example to show the world what giving can do. The Foundation’s grants support nonprofit organizations based in the United States that either help people in need or solve complex problems. The Foundation also spearheads grassroots campaigns to encourage others to give. For more information, visit www.steveandalex.org.